The global expansion of TCB Ltd has prompted questions around the 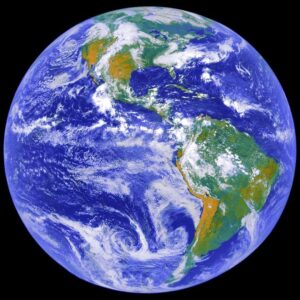 different names for a TCB.

There are many names associated with a Tension Control Bolt. You may be familiar with such terms as TCB / HRC / S10T / Twist-off bolt / Torque Shear Bolt / Torshear bolt.

A TCB can be clearly distinguished by its characteristic dome/cup head and spline found at the end of the bolt. However, depending on the engineering tradition, geographical location and the associated standard the exact term used to identify this bolting system can vary.

Inevitably, different names for the same bolting assembly can cause confusion, therefore to provide clarification we have unpacked some of the different names and their origins:

Torshear Bolt / Torque Shear Bolt – these terms are generally interchangeable and originate from the far East and Japan specifically where TCBs have found popularity. As a seismic region the proliferation of Torshear bolts has been driven by the high importance of quality control in the performance of preloaded bolted connections.

Twist-Off Bolt – this term is largely popular in North America (USA specifically) where engineering practice is very much aligned to this calibrated bolting system. The territory widely uses the imperial system with diameters specified in inches. The term is a literal representation of one of the unique characteristics of a TCB – torsional shear of the spline when the correct tension is induced.

S10T – this is a historic term still used today but originates from an old Japanese standard to reference TCBs, the first EU standard to incorporate a system HRC/TCB bolting assembly was EN14399-10:2009, this has since been superseded by the latest 2018 version of the same standard. Prior to 2009 the term S10T was commonly used in Europe to reference a TCB.

HRC – this three-letter acronym stands for ‘High Resistance Calibrated’ which is the official bolting system classification for a TCB as per the European Standards – EN14399-10:2018 and EN1090-2:2018. Sometimes referred to as ‘System HRC’ these three letters are embossed onto the head of our TCBs for ease of identification.

Outside of Europe, there are different structural steel standards depending on the region, most notably – Japanese (JIS II 09), Australian (AS 1252) and American (ASTM A490/ F3125M) standards.

Our Greenkote class 10.9/10 metric TCB bolting assemblies in accordance with EN 14399-10 meet and/or exceed the mechanical properties required as per these other standards. This enables us to supply TCBs globally.